Over the past 20 years, OtherWise has given a stage to grassroot organisations, movements and other changemakers to re-imagine dominant ways of thinking, doing and being in this world. In the week of the 18th till the 25th of April we celebrated OtherWise’s Lustrum with a year of delay due to the pandemic. Alongside celebrating 20 years of critical thinking and engagement we used this opportunity to shine some light in this uncreative and unmotivating time. Together with the ecovillage Ppauw and you we built a space where we can re-imagine a better and brighter future. By re-using old existing materials, we co-created a social space that can be enjoyed by the inhabitants of Ppauw and the community of Wageningen. During this week we invited you to be creative, to build and craft, to dream and to re-imagine. Together we created a new focal point at Ppauw where we can connect, empower each other and re-imagine the existing.

We started the Lustrum week with a reunion, where recent and previous OtherWisers met online. During the week, we took time to re-imagine our relationship with other beings of the earth. There was Deep Time Walk on Earth Day, a conference about Rights of Nature and a workshop about sound. The week was closed off with a perfomance in the newly built ampfitheatre!

You can find more information about Ppauw here ⬇️

the amphitheater through the eyes of

Travel through Earth's history and learn where we humans are rooted inside it. We encourage you to go on a walk with someone else and listen to this together, but you can also sit down and/or go by yourself. Safe travels!

When you are done with this guide, feel free to comment: If you could now speak for the earth, what would you say? 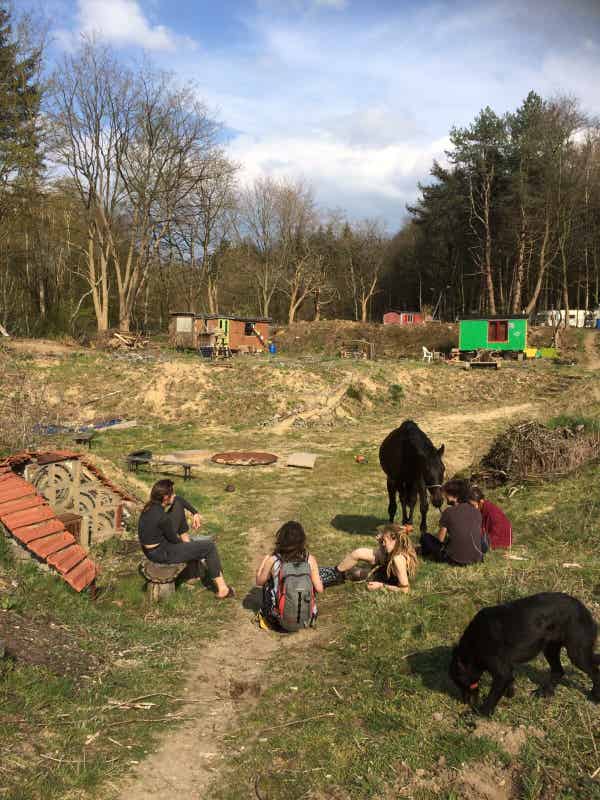 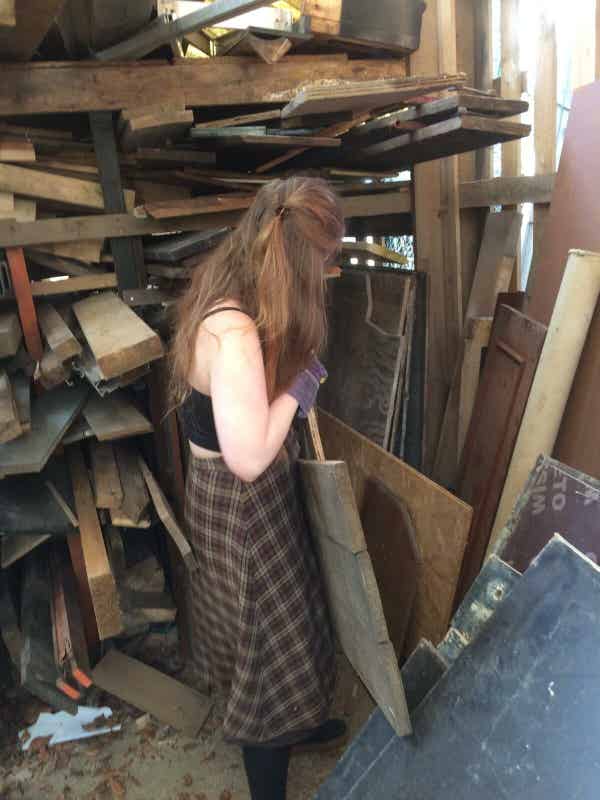 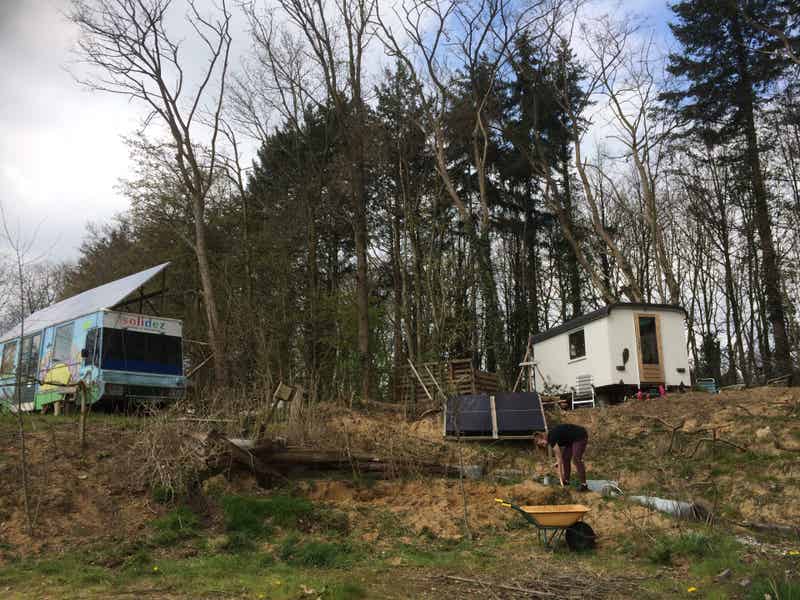 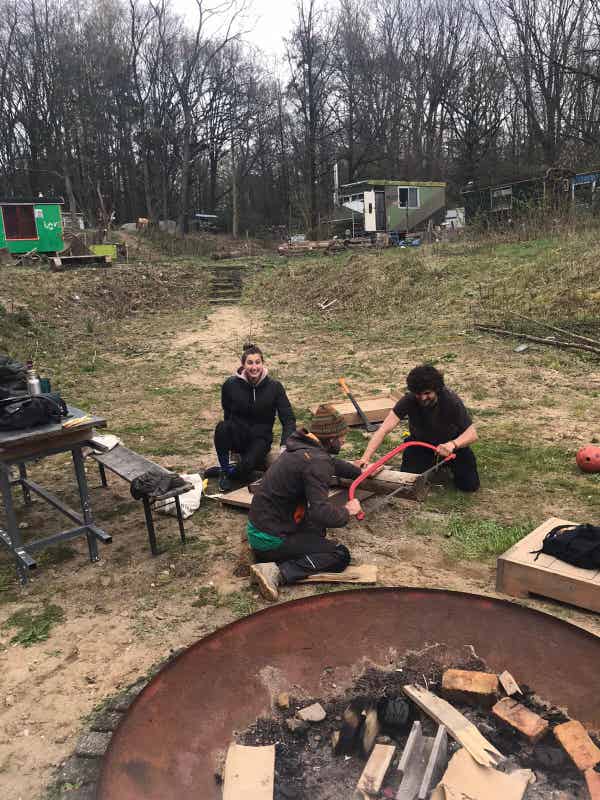 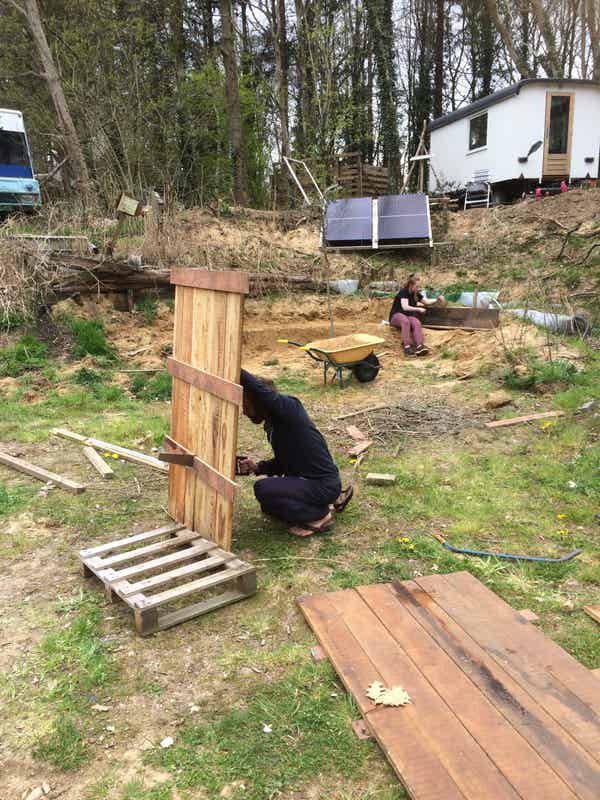 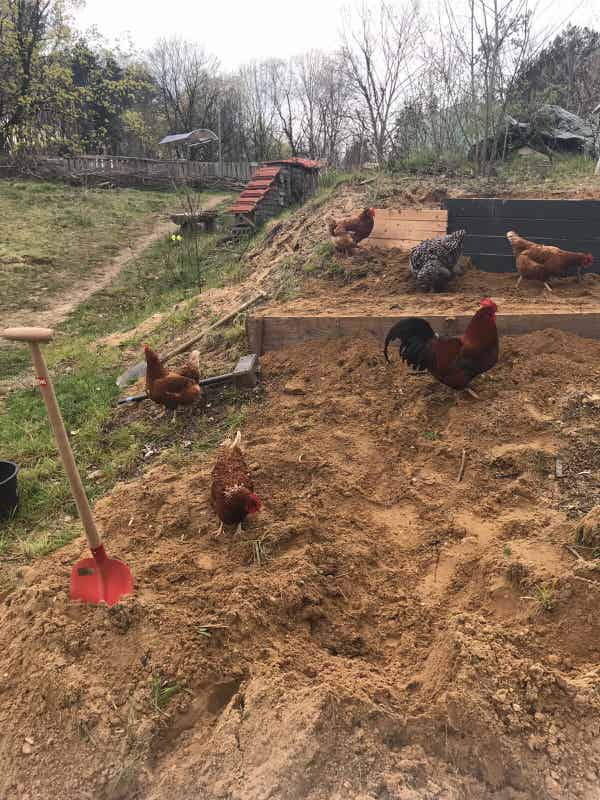 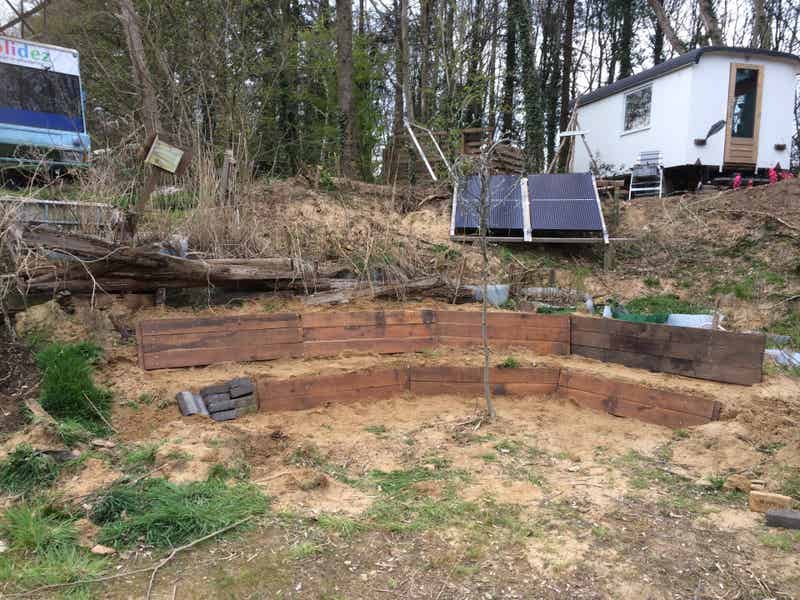 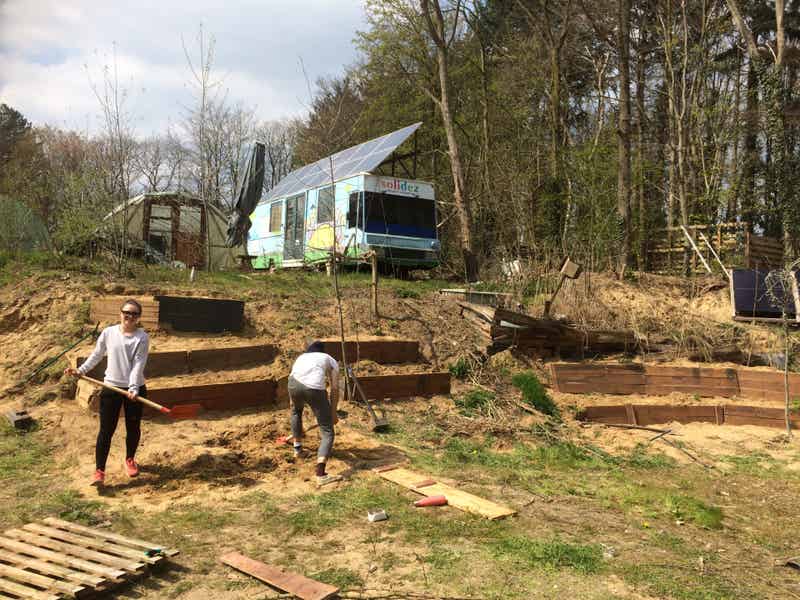 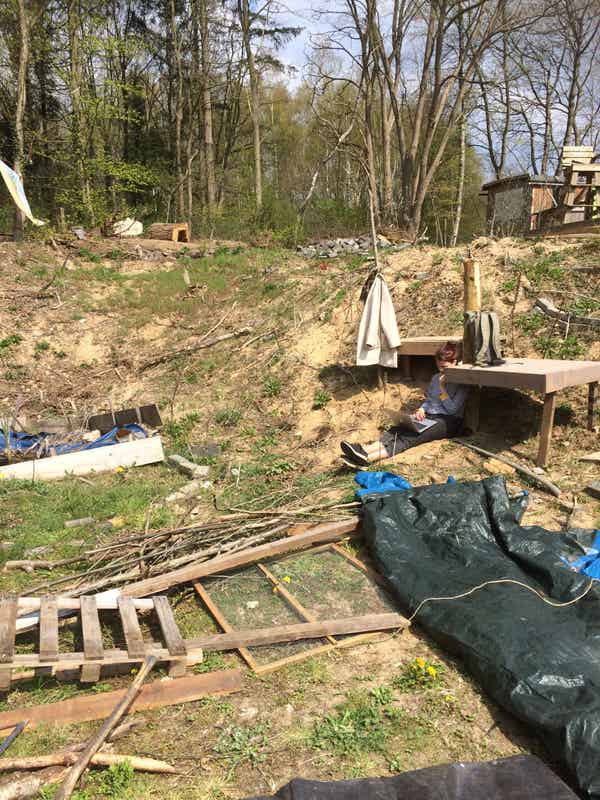 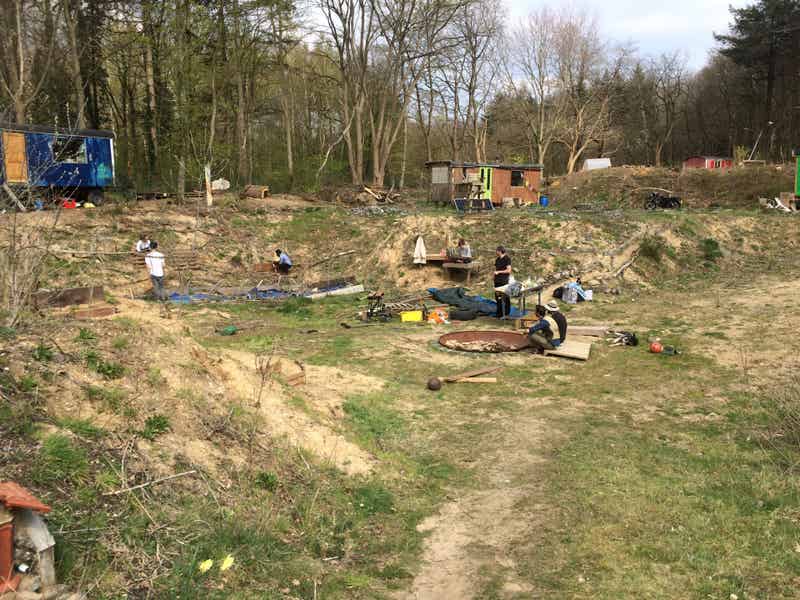 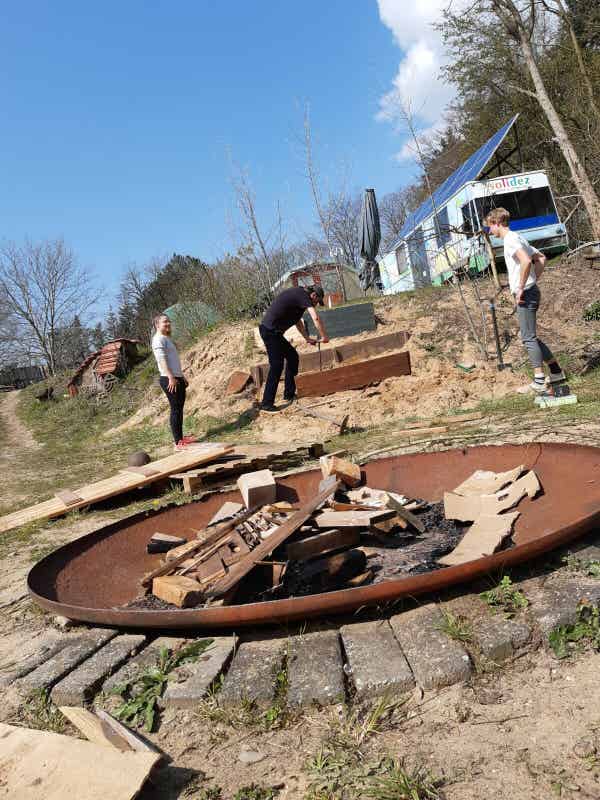 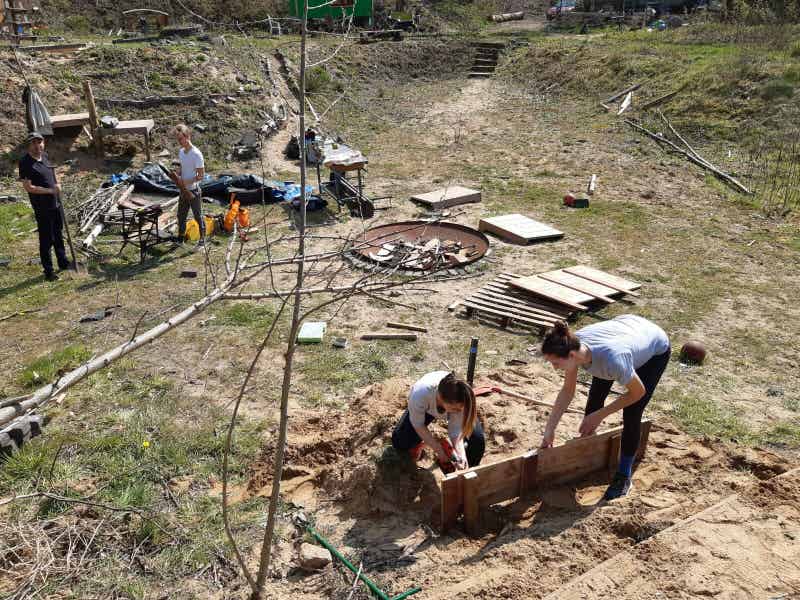 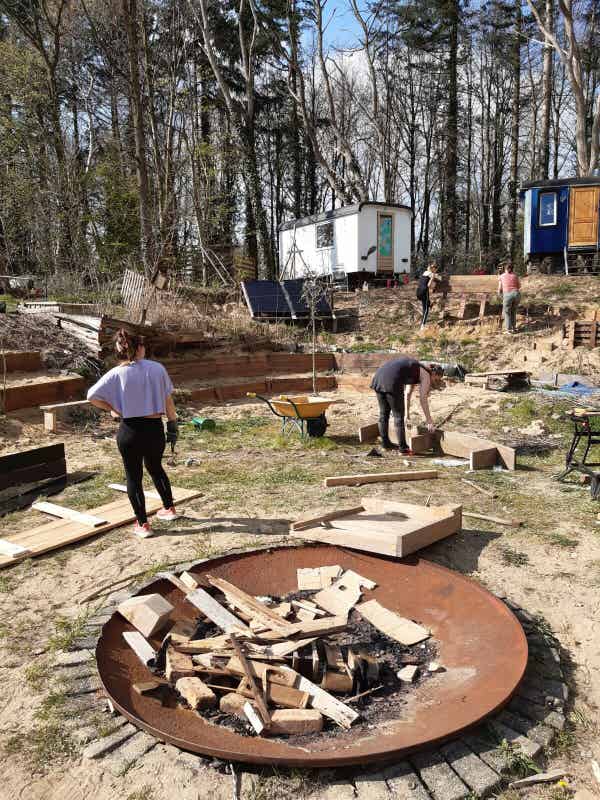 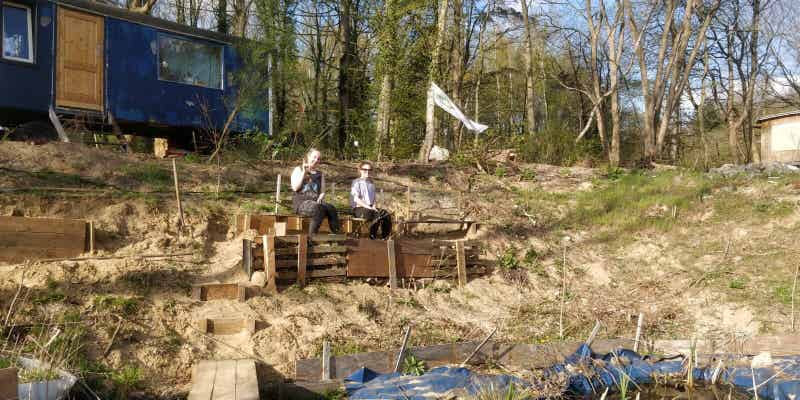 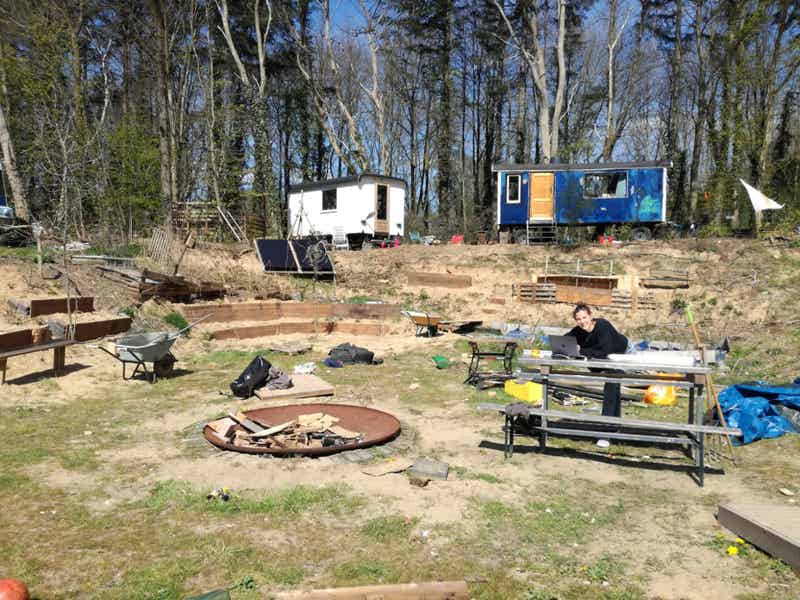 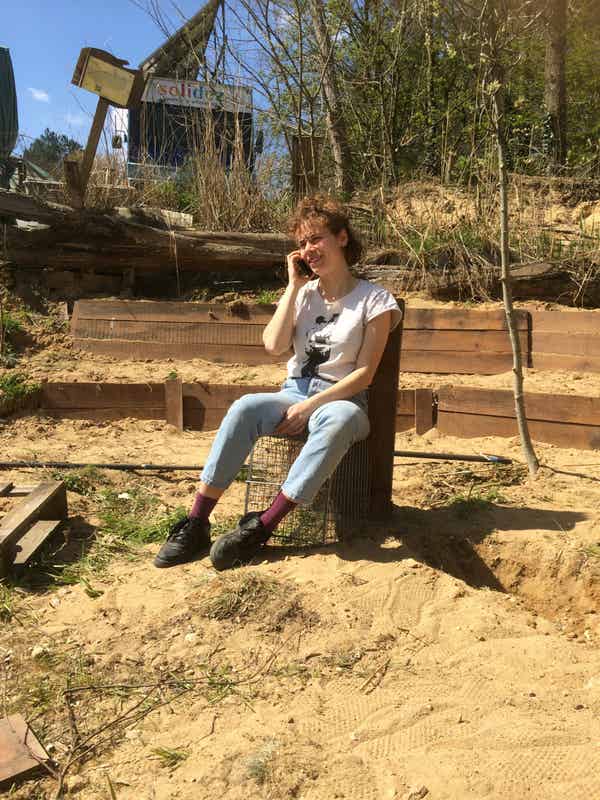 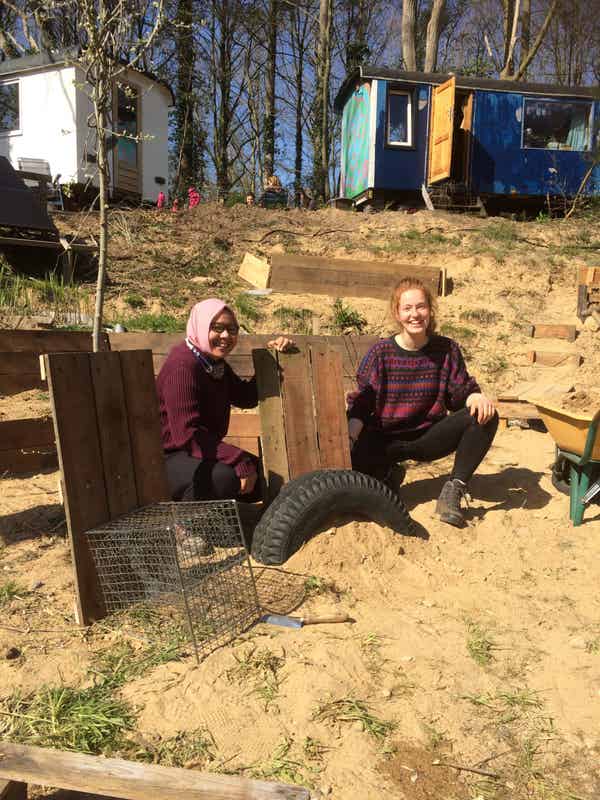 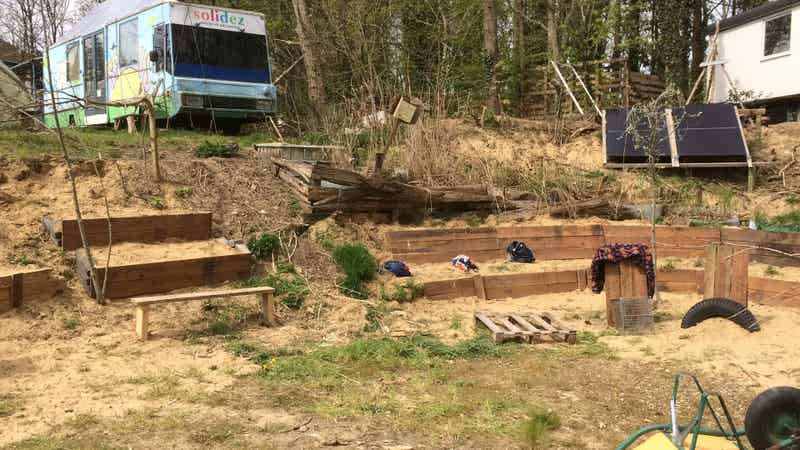 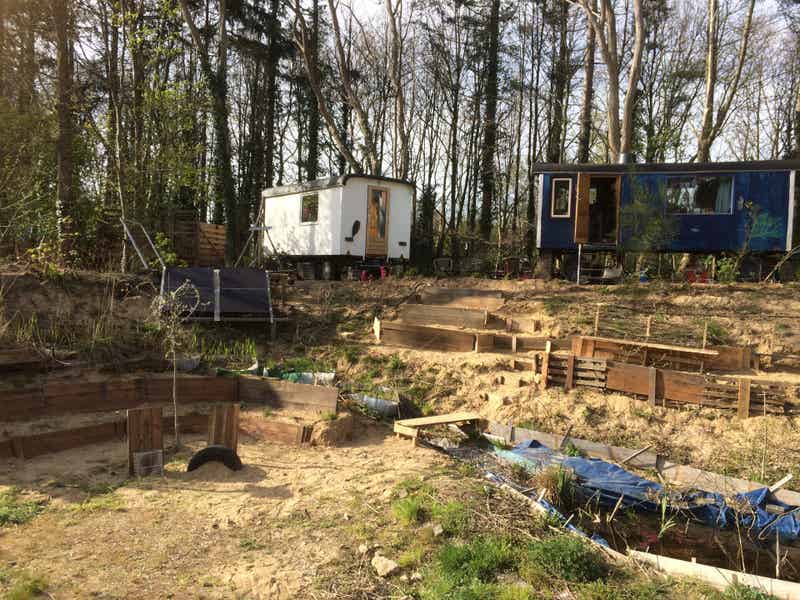 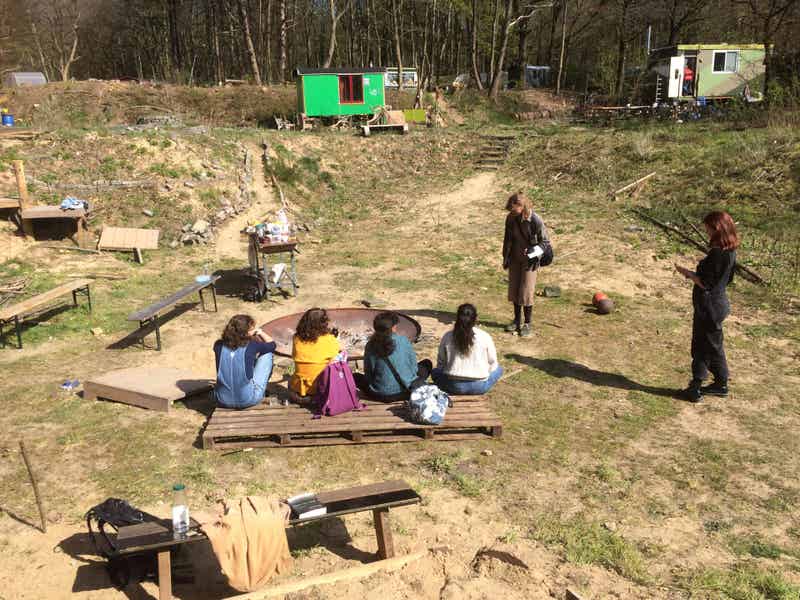 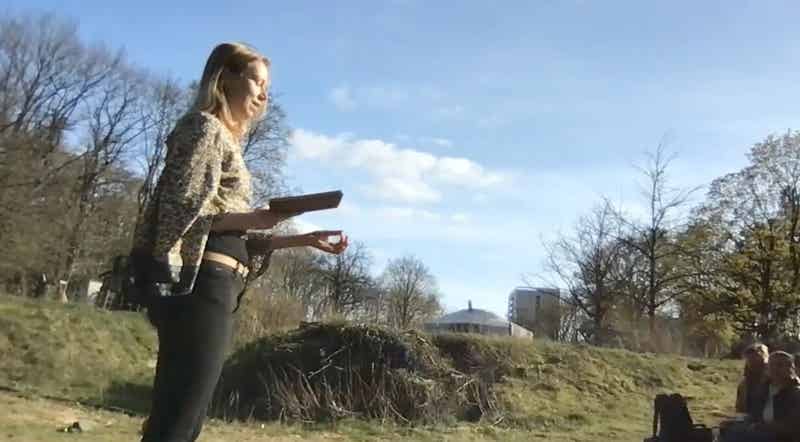 On Sunday the 18th of April, the Lustrum week took off. After the online reunion, where new OtherWisers learned about the past and old OtherWisers learned about the present of OtherWise, Anastasia and I went to the ecovillage Ppauw. There, people from OtherWise and Ppauw and anyone who felt like joining, would build in one week an amphitheater. If I tell people now that we built an amphitheater, I am aware that this sounds bizarre. But that is what we did, although that first Sunday I wasn’t so sure if we would be able to. The next Sunday, the 25th of April, we gathered with a small group in the amphitheater to enjoy the poetry performance of Samira van der Loo and the music of Yanina and Pablo from Ppauw: the first events of hopefully many more. I can imagine that the ancient Greek are not that impressed by the amphitheater, but it did feel as if at least the weather gods were in our favor: the whole week we had a sun shining bright at us!

It is great that Ppauw gave us the space, the materials and the freedom to build this social space and we hope it will be used by them and by other people and groups from Wageningen. Everything at Ppauw is a practice of re-imagination and that was exactly what we wanted to do as well during this lustrum: re-imagine and build something nicer out of the mess that is there. Something that we also try to do as OtherWise: look critical at what is, imagine other worlds and be creative on how to shape them.

The three artworks from artists Astrid Mulder, Rebeca Arredondo and Laura Violeta, portraying their views of the amphitheater, are super nice as they make real the work that we have put into the space. Work by the volunteers, the people from Ppauw and from OtherWise. But they also show the presence of the diverse plants and animals. A presence that Kristina Hansen has also highlighted during the workshop that she facilitated on sound. The amphitheater might not be as impressive as the amphitheaters by the ancient Greek, but in this amphitheater there are no restrictions for who or what can be there.  - Lois

We were so happy to be able to still celebrate our 20 year anniversary together with people from Wageningen.  After the cancellation of the lustrum last year, we knew we still had to create something meaningful and give back to the community. The idea for a community space that would be created by volunteers and artists, which could sign up and just build something became our mission. Together with the Ppauwers and many volunteers, we build this beautiful amphitheater, community area. A whole week of being creative, moving outside with wonderful weather and a beautiful live performance on the last day, made this lustrum special. We will be using this space for workshops and lectures during the summer and hope to host many bonfires and poetry slams, music and theater workshops, discussions and potlucks on the the newly built amphitheater. I had a wonderful time and met some new people as well.  - Anastasia

I spend two days building, hammering, shovelling, lifting and pulling at Ppauw. With the sun on my neck and birdsong in my ear I forgot about all the struggles of our current situation for two days. Sweating and chatting in good spirit forming connections in an unusual setting. Some people stayed, some came and went, Strangers united in tasks that they usually do not carry out in their daily life. While under our hands a new theater grew out of things that were old. A break from the screens, refreshing our brains to re-imagine.  - Mila

Mesh is a research student and artist from the Eastern Himalayas studying in Wageningen.

Samira van der Loo is a spoken word artist, writing about her personal experiences and social justice issues in the world and how they both are intertwined. She likes to write melodic poetry and in her performance she seeks contact with the audience, as both the listener and performer create the experience of poetry together. Having been involved in Otherwise for two years, she has a heart for the organisation and is excited to perform during the lustrum in the amphitheater at ppauw.

Rebeca Arredondo is a Mexican artist and illustrator with a background in architecture based in Wageningen.

Evelien has developed together with Lian an audio version of the Deep Time Walk.  She is a student, working on graduating in ecology as well as geo-information science. Next to that she is a lover of nature and fascinated by the many ways in which people can relate to nature. In order to explore these ways of relating more, she worked on a project about Inner Sustainability for OtherWise. Driven by the motivation to reconnect with nature, and by doing so with each other and ourselves, she facilitated heartwarming talking circles about nature connection and developed inspiring audio guides. The Deep Time Walk is the newest audio guide, developed for Earth Day on the 22nd of April. On that day, you can come to Ppauw to go on a walk through the forest with the audio guide and reflect afterwards with Evelien and others.

In the drawing arts, Astrid Mulder is specialised in creating detailed illustrations filled with natural patterns. Looking at it, you can get lost in her work or find yourself in the mythical creatures that are part of the stories. Themes in her work are dreamworlds full of animals and anthropomorphic beings that live in treehouses, wagons or small houses in abandoned cities. Nature has taken back her place in this anthropogenic world.

Laura Violeta Jeldres is Chilean-Dutch artist (and a mother and a student and so much more), who grew up in Costa Rica and Wageningen.

Kristina is a sound artist with a background in cultural geography and tourism studies. Currently her work focuses on listening, field recording, sound workshops, sound composition and place-based education to reframe migration and approach the complex relations between people and places.